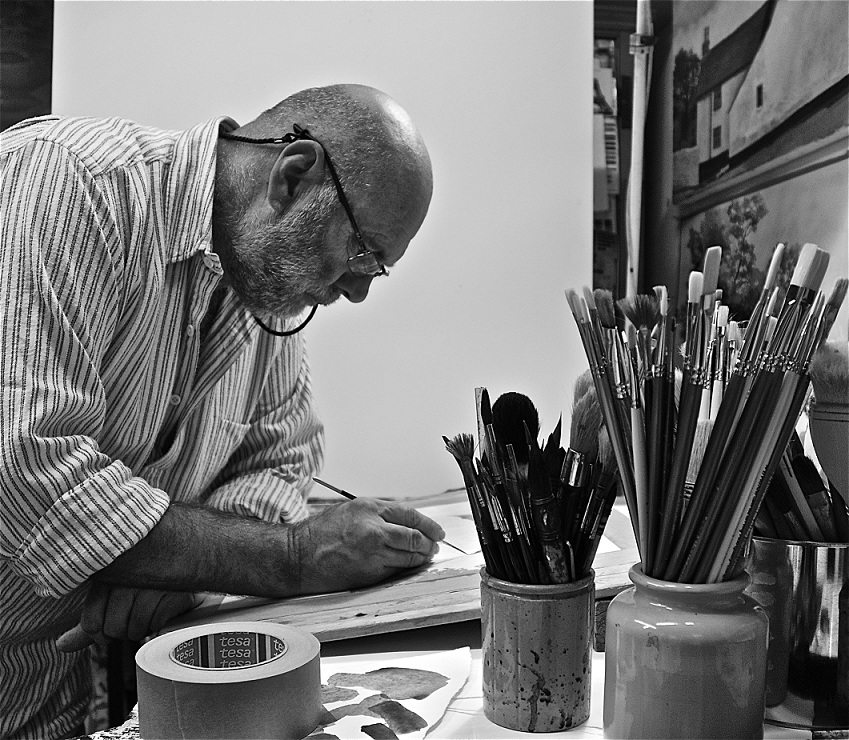 Born in 1951 in Tamworth Staffordshire into a family of miners and clay workers. Ian studied graphic design and went on to work for a short time in advertising. He began to paint in the early 1970s and worked as a carpenter, builder and gardener in order to generate a living. Throughout the 1980s and 90s he painted portraits to commission and began to illustrate books on art technique. He went on to write and produce his own books, with 32 titles written to date. There have been many contributions to various magazines on art technique and consultancy work on several art part works. For several years he taught at summer painting workshops near Arezzo in Italy. Of late work concentrates on the landscape in the UK and abroad. Water colour is the medium that he now favors and in 2010 he was elected a member of the Royal Institute of Painters in Water Colours.